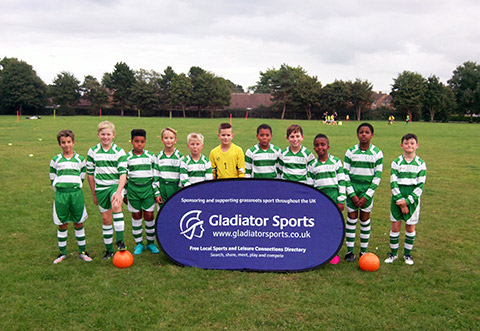 Gladiator Limited is a non profit, good causes company where every penny made after running costs is dedicated to funding local grassroots sports, charitable sporting events & social enterprises throughout the UK.

The Gladiator Group also supply websites, design and marketing services to UK businesses. All company funds created are re-invested back into projects that we run specifically to help local communities, predominantly in the sports and leisure fields.

Since our formation in 2005, we have been trying to develop the right blend of experience and innovation and now believe we have what it takes to genuinely help any company with their new media services and online marketing solutions.

Gladiator has a wide range of services that can benefit all companies and are suitable for every budget. These include, but are not limited to:

New Team Kits
Call for details
Providing new kits for your team with the Gladiator Group logo as sponsor.
New Equipment
Call for details
We can help to provide funds for the purchase of new equipment.

We have a wide selection of clients across the UK. Our aim is to provide an excellent service no matter how small or large your company may be.

"I've loved working the Gladiator Group so far. They are a very efficient team and there has never been any pressure at all regarding the advertising process."

"We have always been happy with the response we have generated from the Gladiator Sports sites, and have advertised through them now for over 5 years."

"We are really pleased with the animated adverts placed on your sports and business websites! I anticipated a long process before we got a response but I am very impressed with how quickly it has progressed from day one."

"I would like to certify that I have worked along with Melinda and The Gladiator Group for about 9 years now and would like to say that they have never let us down in any way at all."

"Just a short note to say that myself and Parkway Volkswagen have always been very pleased with the levels of response that we recieve from your websites. Your service is always very courteous and efficient and the artwork that your team produce is always of the highest standard. I would not hesitate to reccommend you to my colleagues and customers."

"The Gladiator Group have been invaluable in helping us to reach national and local customers and specialist sports customers for hospitals and physiotherapy services. The team is a pleasure to deal with and make the advertising process simple, enjoyable and effective, at reasonable prices and with some new, refreshing ideas!"

"Thank you for getting us a quick response on the Gladiator Football site and for setting up the Hounslow Stop Smoking Service ad on the site. All looks fantastic and my colleagues are thinking of adding to it further."

"I have now advertised on your sports websites for over 14 years and have always been happy with the response I get. Here's to another 14 years on your sites!"

"Thanks Gladiator Sports for our kit sponsorship award of £500 this month. We're looking forward to choosing a new kit for our new U7's Football Team. We will be recommending you to all the grassroots sports clubs we know."

"Thank you Gladiator Sports for the free promotion and social media push you have carried out for us, much appreciated. It has helped us generated interest in our sport sessions for people with learning disabilities in York."

"The British Police Women's RFC would just like to say many thanks for the social media promotion, helping us to attract new experienced women rugby players to join in our new adventure to represent GB."

"You are amazing Gladiator Sports! Thank you so much for helping us to promote our ladies only football club in London that is looking for new players. If there's anything we can do for you guys let us know."

"Creative Coach and Player development would like to thank Gladiator Sports for all it's support and assistance in helping us to get our eMag and website out there to fans and players alike."

"Many thanks for helping us to promote our hockey club in Bristol so we can attract new members & participants, all for free. Loving your work guys, please keep it up."

"Ash Rangers Ladies Football Club in Taunton, Somerset would just like to say thanks very much to Gladiator Sports for helping us find new football players whilst supporting us in updating our website profile, which has assisted us with promoting our club."

"Thank you very much for helping us to create a great profile. All our information in one place and a ready made audience. Your site is a must see. ! I will recommend your website to all other Schools Plus venue managers from other places."

Click here to read through many more sports club commendations >>

We have recently received an official endorsement from Geoff Miller OBE. 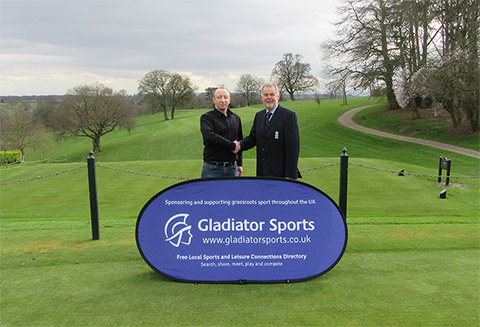 DR Geoff Miller OBE is quite simply one of the most respected figures in English cricket. After an accomplished playing career at Derbyshire County Cricket Club, Essex County Cricket Club and, of course, at Test level with England, he became the first man to hold the chief position of National Selector when the ECB shelved the equivalent role of Chairman of Selectors.

"I had previously met the Director of Gladiator Sports on several occasions through different sporting events, but it was only after learning about his background and personal reasons for dedicating every penny that his company makes to sponsoring grassroots sports and charitable sporting events that I began to realise he might not be as mad as I had first thought, a sentiment unfortunately still not echoed by his accountant!"

"I am hoping that my backing for Gladiator Sports will encourage more grassroots sports clubs, venues, services and enthusiasts (beginners to advanced) to create a free profile and utilise the huge range of permanently free features available through www.gladiatorsports.co.uk"

Read the full feature about Geoff Miller and his endorsement >>

Find out about some of our recently sponsored clubs. 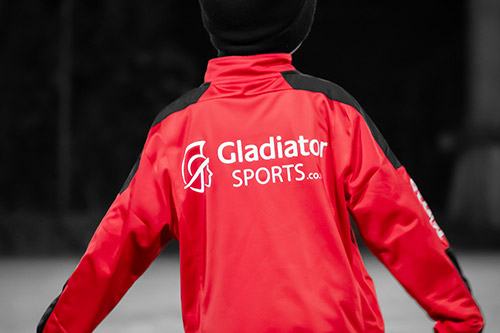 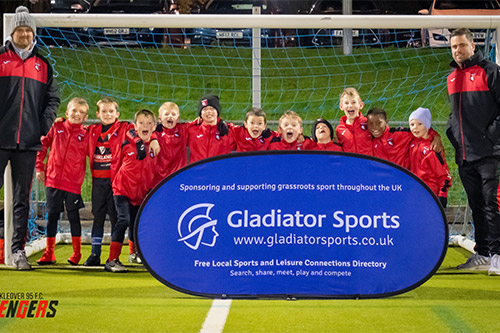 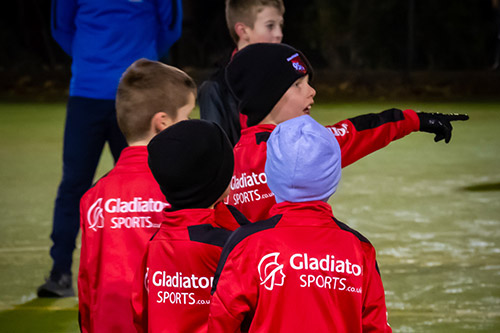 Mickleover 95 Under 9's play in the Derby Junior Football League, and contacted us as they needed help to buy new training kits for the team. We were delighted to be able to help out, and we think the new kits look fantastic!

Chris Devitt, Head Coach, told us: "We are delighted that Gladiator Sports has provided sponsorship for Mickleover 95 Under 9's which has enabled us to provide training kits for the squad. This makes a big difference to our club and we are very grateful that Gladiator Sports sponsor grassroots football." 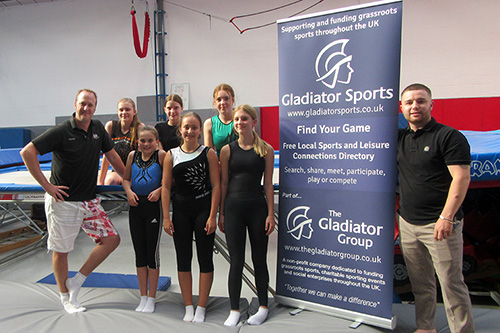 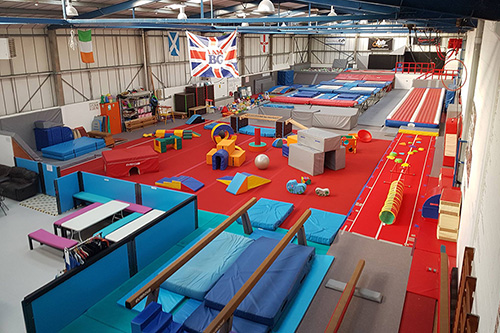 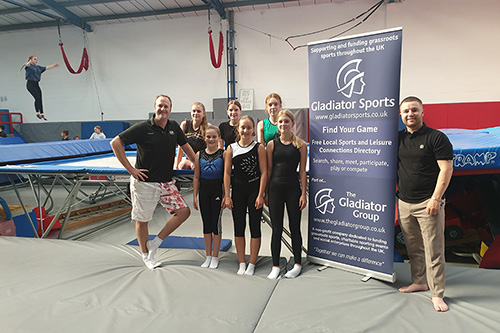 Axis Trampoline Club contacted us earlier in the year, asking if we could help supply them with some new equipment. We managed to help out by buying some new crash mats for the club. Olly Monro, head coach, was thrilled with the new mats: "Huge thanks to The Gladiator Group for buying the new mats. Without help like this we simply wouldn't be able to continue running our club." 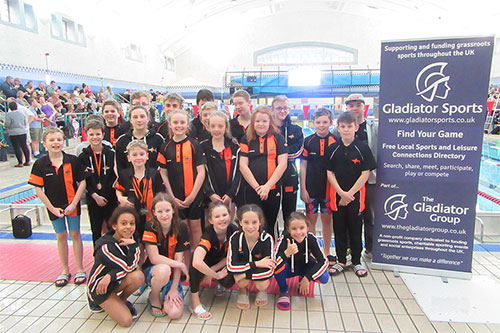 We were delighted to be the main sponsor for the Long Eaton Open Swimming Meet earlier this year (2019), continuing our dedication to helping grassroots sports flourish.

The Open Meet was held at Queen's Leisure Centre in Derby. 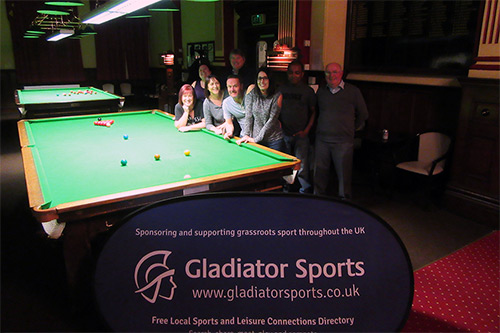 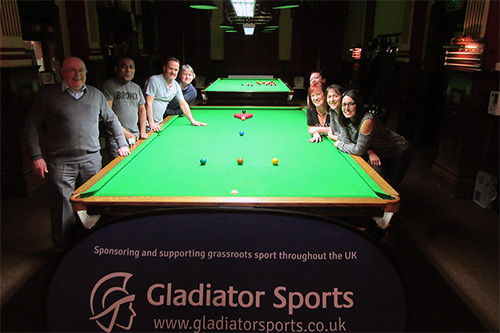 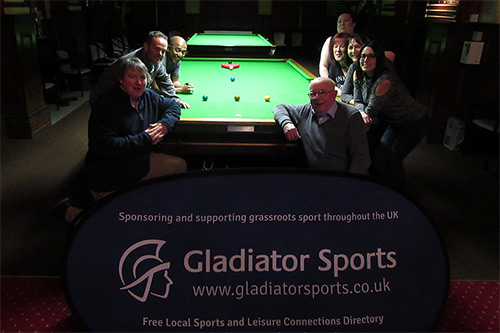 Burton Constitutional Snooker Club is a family friendly club offering a warm welcome to all members and non-members alike. Gladiator Sports were pleased to sponsor and supply the prizes for an event to get more women involved in snooker. The event held in the club attracted a great amount of interest from females in and around Burton and was a great success on the night with the men only just winning taken into account the handicap scoring system. Some of the women have now gone on to become full-time members of the clubs. The photos show a selection of the women and male partners setting up and getting the equipment ready before the competition started.

Club Chairman Jake Jennings said: "Burton Snooker Club are very grateful of the support that Gladiator Sports has offered with this event which aims to get more young people involved in fishing locally. Now that sports funding has been reduced by the government these kind of events and competitions would cease to exist without companies like Gladiator Sports who are willing to support us financially and socially."

Click here for many more examples of recently sponsorsed teams >>

Companies, organisations and individuals that we have worked alongside.

Some of our Clients & Partners include... 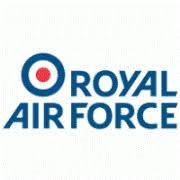 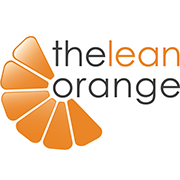 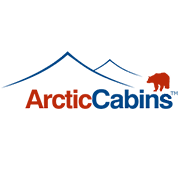 We are an experienced and enthusiastic mix of characters and skills!

Fill in the form below to send us a message.